Open position for student of statistics or related subjects

Open position for graduate in statistics and related subjects

Open position for graduate in statistics and related subjects 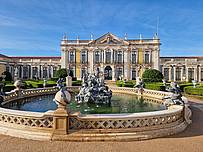 We are in Portugal, at the Palace of Queluz, which has hosted a solemn ceremony to mark the 4th Malnutrition Awareness Week in Portugal. This year’s motto is “The human right to nutritional care.” The nutritionDay audit is one of the most frequently used tools in Europe and throughout the world to monitor malnutrition in units and as yearly benchmarking program of nutritional care. 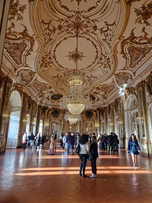 nutritionDay worldwide was invited to the solemn ceremony and asked to present the launch of a new branch of nutritionDay, which is being inaugurated this year on Nov 10th. It is a pilot project in the primary care setting, involving Portugal, Austria, Croatia, Germany and Slovenia. The project constitutes a major development in the nutritionDay project, which was started in 2006 and has been confined so far to hospitals, intensive care units and nursing homes in more than 71 countries worldwide. The extension of the international nutritionDay audit to the primary care setting is expected to yield knowledge about the prevalence of risk factors for malnutrition in the community, provide a basis for studying the association between risk factors and outcomes, an estimation of the healthcare burden, as well as the association between risk factors and national and international data from the hospital setting. The results of this pilot study will be analysed by an nutritionDay team at CeMSIIS consisting of Isabella Worf and Prof. Michael Hiesmayr, with the statistical supervision of Prof. Peter Bauer and technical IT support from Vivian Ruschak. The new database for nutritionDay in primary care is managed at ITSC by Dr. Christian Schuh, who is also a part of the nutritionDay team at MedUni Vienna. 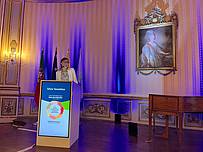 Silvia Tarantino, manager of nutritionDay worldwide at CeMSIIS, has presented the pilot project to several medical and clinical societies as well as political representatives of the Portuguese government who were present at the ceremony. One of the presenters at the ceremony was Rocco Barazzoni, Chairman of the European Society for Clinical Nutrition and Metabolism (ESPEN), which has been funding the yearly international audit since 2006.

This initiative was organized jointly by the Portuguese Association for Enteric and Parenteral Nutrition (APNEP), Optimal Nutritional Care for All (ONCA), and the European Nutrition for Health Alliance (ENHA), with the institutional aid of Sintra City Council and the Portuguese Ministry of Health.

For more information on this worldwide research project, visit www.nutritionDay.org.

back to: Center for Medical Data Science
Print